I have tried everything I know so far but the problem I hit is that Sitefinity imports French localized news items from my xml as English and Publishes it but the French is not even published, I had to manually edit first item below then publish, there is no English translation for these items it must all be French (probably that’s why?)


See that the text is actually French
Below is my code for inserting news items,
I import an XElement which only contains French translations
Set culture = “fr”

and one thing I learned from Sitefinity Dev Guide is that I must create the first item and use its saved Guid to create the rest, that’s what I am doing below 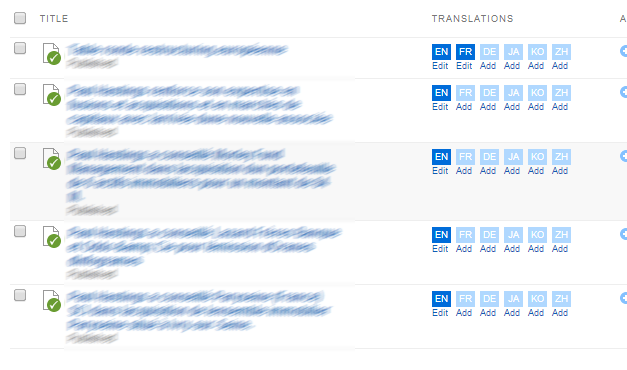 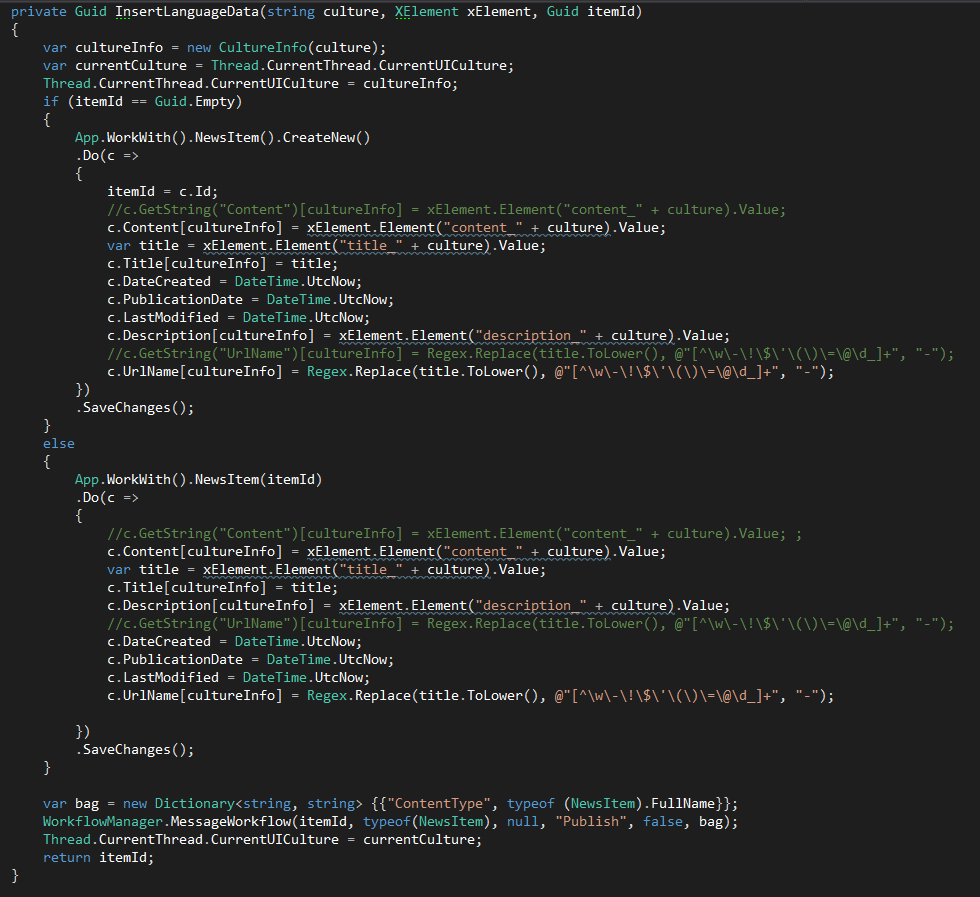