The instance control screen in PASOE says that I'm using about 8% cpu on two agent processes.

See below.  This is way wrong.  The numbers change, but they seem to be calculated incorrectly.  Another screen, the adminserver system activity screen is shown beneath that.  It shows the more realistic CPU activity that is basically 0%.  (And I can confirm the 0% number using perfmon counters on windows.)

So why does instance control show such high CPU usage when there is basically none!?   Maybe the calculation was works better in Linux?  Or it is a maximum cpu that was detected over a large window of time? 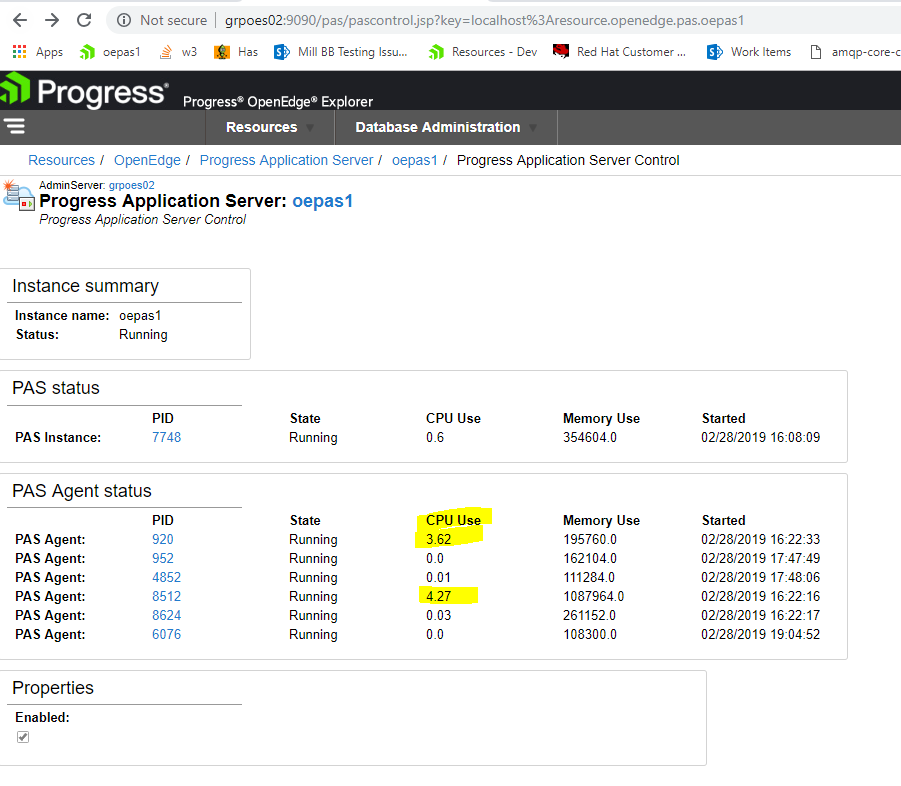 The admin server system activity is shown below. 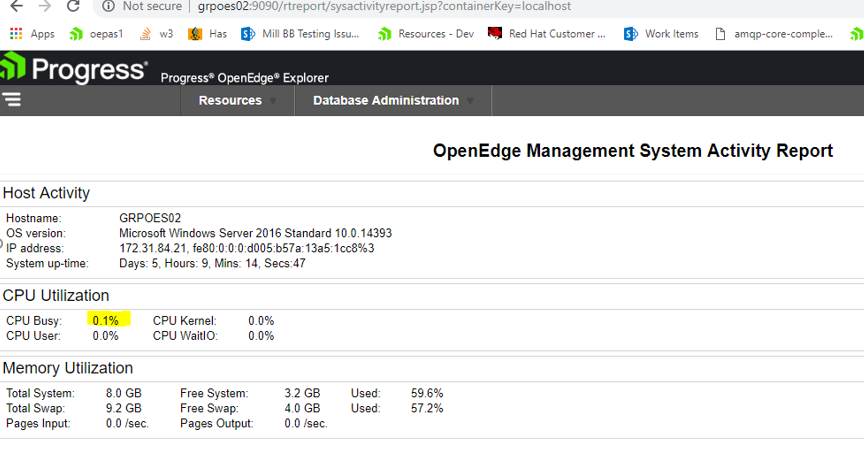